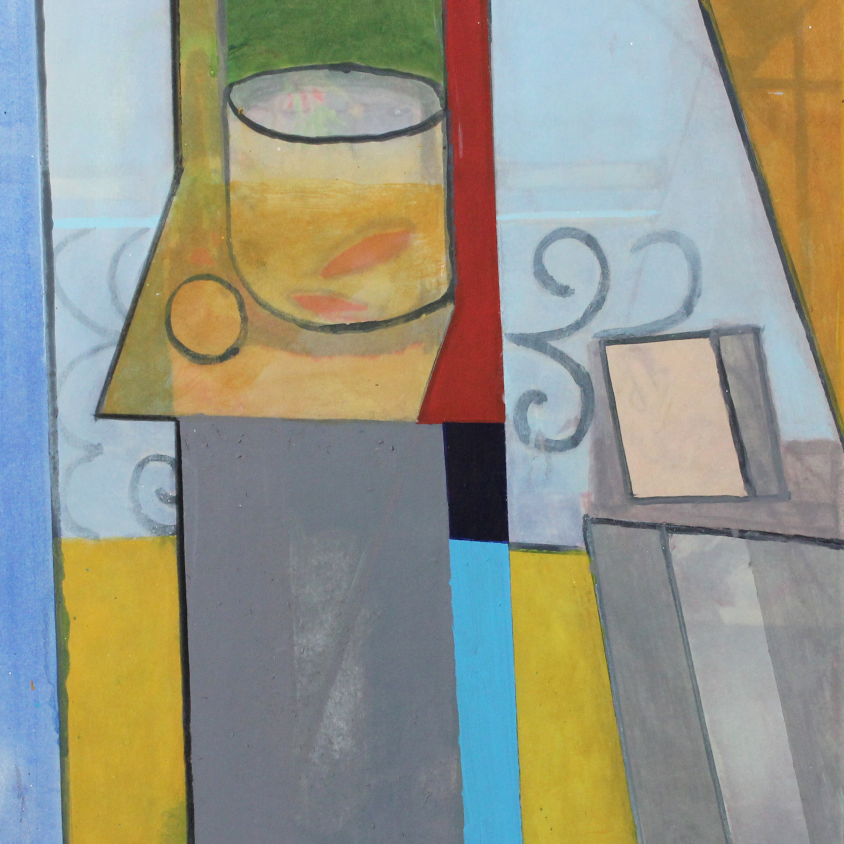 The Beyond exhibition, features a series of works by Stephen Snoddy which pay in part homage to the great pioneer artist Henri Matisse who often used the window as a motif.

The open window motif serves not only as a metaphor for the very act of seeing, but also as a formal device from where to pare down the image to formal essentials. Matisse believed in an art stripped down to its essentials simplifying an image, "like you might prune a tree." Snoddy develops these ideas through colour juxtapositions and other influences come into play which reference Mark Rothko, Richard Diebenkorn, Brice Marden and Sean Scully. Snoddy also moves between figurative elements and formal abstraction to create works of balance and poise that often have a dialogue between inside and outside and have a strong internal order.

Stephen comments: "I am delighted to exhibit my work at HJ Antiques amongst such beautiful furniture, tableware and glass. The setting complements this suite of work based on Henri Matisse (1869 – 1954) whose own subject matter often reflected the objects around him in a domestic setting." By using his own work as a template for new variations resulting in a continuous and limitless visual narrative this then develops into a serial approach. Relationships between the works with elements from one often reoccurs in the subsequent work. The final result is a balanced resolution through corrections and revisions to get everything right - colour, space, line, form and structure.

For the first time ever Stephen he will exhibit the full range of techniques with paintings, works on paper, pastels, monotypes and new gouache and ink works. This will demonstrate the full range of available works with a Matisse theme that ties "Beyond" together.

Holly Johnson and her husband Ben Aardewerk, together with their specialist team have supplied all the leading international interior designers over the years, with a particular following in America. Shipping items over to grace many of the luxury homes throughout the States. They also supply many London based designers for private and hotel projects. There have been many celebrity clients along the way including Oprah Winfrey, Woody Allen the film director, Janet Jackson, renowned Chef /Hotelier Marco Pierre White, the Beckhams to name a few. For more information and to see current stock, please visit hollyjohnsonantiques.com