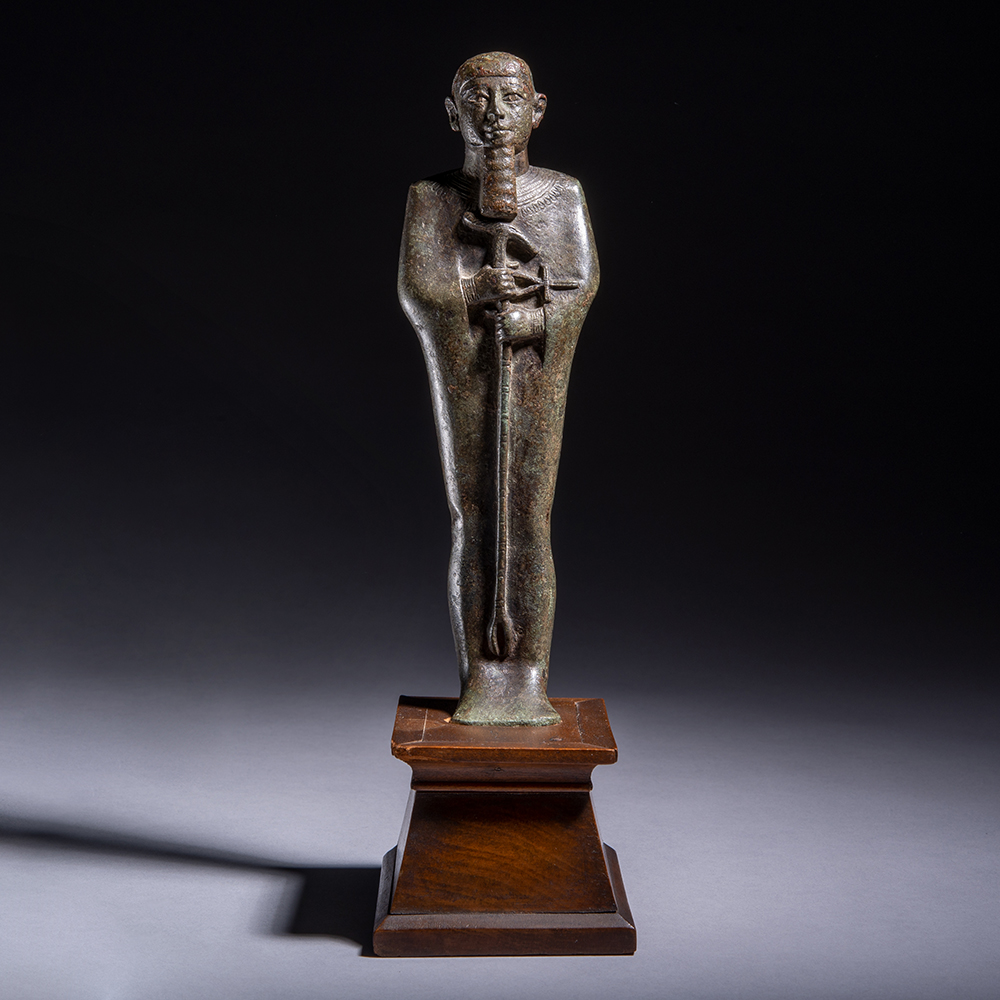 An Egyptian bronze figure of Ptah

A beautiful bronze statuette depicting the Egyptian god Ptah, standing mummiform and wearing a tight-fitting skullcap and wide royal beard. The god holds the was-sceptre, symbolising power, and the ankh, symbolising life. He wears bracelets and a broad collar with tassel, which have been finely incised in the bronze. The silver-inlaid eyes have been preserved, and remnants of a black inlay can be seen in the beard and eyebrows. The fine features of the god are characteristic of depictions dating to the 25th and 26th Dynasties. Exceptionally fine and well-preserved, this statuette is a testament to the talent and skills of Egyptian bronzesmiths.

The statuette is mounted on a wooden base which is typical of the Egypt Revival style and most probably dates to the 1920s or 1930s. A label is attached to the base, reading:

“God Ptah of Bronze with golden eyes and holding the sceptre of dominion and the ankh key of life. He was the local god Memphis [sic] and considered to be the creator of everything. He is said to have established everlasting justice upon earth. He is compared with the greek [sic] Hephaistos, the Latin […] Vulcan. It is [of the] Saitic Period and found at [Memphis] in Lower Egypt. N. Tano, Egypt Cairo.” 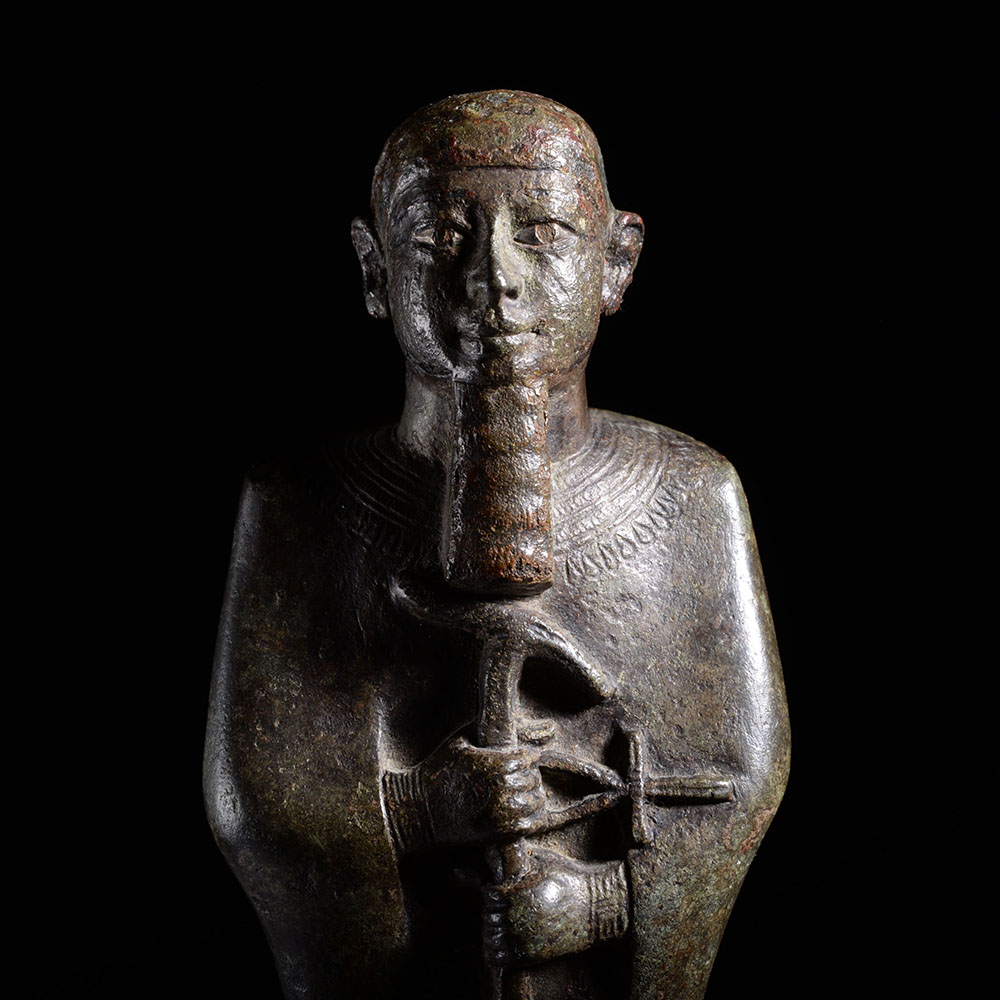 Ptah, the great creator-god, was believed to have dreamt creation in his heart and given it life with his breath. His attributes illustrate this demiurgic role. He was the patron of craftsmen and architects and was considered to be the Lord of truth and Master of justice, listening to the prayers of individual worshippers and interceding in their favour. Originally worshipped in Memphis, his cult spread across Egypt when the city became the capital of the Old Kingdom. Pharaohs were often coronated in his temple. In fact, Ptah’s importance was such that he partly gave his name to Egypt. Indeed, Memphis was originally called Hut-ka-ptah (“house of the soul of Ptah”), which was pronounced Aegyptos in Greek, a name which would later apply to the entire country.

Provenance:
- With Nicolas Tano (1866-1924), Cairo, Egypt
- Reputedly acquired by Mr. and Mrs. Eliot A. Carter of Nashua, N.H., and Cataumet, Mass., in Egypt in the 1920s
- Thence by descent to the collection of David and Louise Carter, Connecticut.