Abbott and Holder and the British Museum 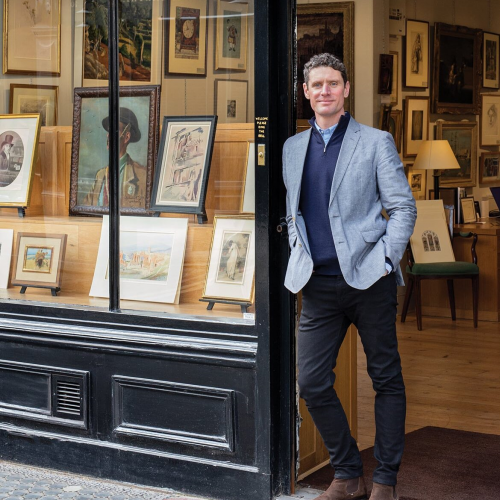 Wednesday 12th October at 11.30am at Abbott and Holder

In 1936 Robert Abbott and Eric Holder started dealing in pictures together with the aim of providing beautiful and interesting works at affordable prices.

For eighty-five years the company has aimed to stock pictures that are within the means of as broad a section of the population as possible; most of the stock of British pictures from circa 1750-2000 are priced between £100 and £5,000.

Our host for the morning will be Tom Edwards who joined the company in 2003 and since 2021 has been the owner and Managing Director.  Before joining the company Tom read History of Art at the Courtauld Institute and worked at Bonhams.

Once we have finished at Abbott and Holder people will be free for lunch and then we will re-group at the British Museum, which is just across the road, to have a tour of the Enlightenment Gallery in which we will learn about the Europeans in the 18th-century tracing the beginning of the British Museum and its collections.