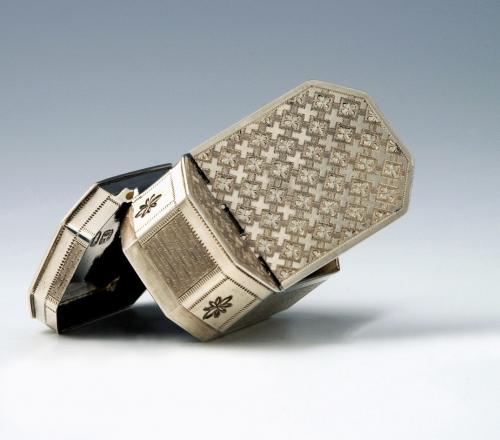 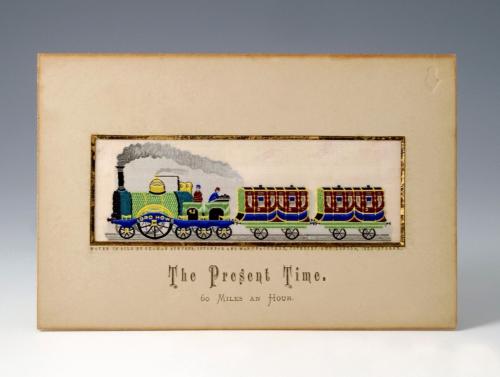 Vine Antiques Ltd started trading more than 30 years ago and has built a reputation for selling British sterling silver and the silk-woven Stevengraph pictures produced by Thomas Stevens of Coventry. Their silver stock is strongly focused on Georgian and later novelty items.

Vine Antiques was formed by Diana and Richard Apsimon in 1978 and gradually evolved into two businesses, one selling British and Irish silver, and the other Stevengraph silk woven pictures. Later they merged the two and became a limited company in 2000.

Some of these changes were prompted by two moves to Geneva, Switzerland, where Richard worked on particle physics experiments at CERN, including on the Large Hadron Collider.

The mainstay of Vine Antiques’ silver stock is still British novelty and collectors' pieces and Arts & Crafts, Art Nouveau and Art Deco silver. They try to locate unusual pieces of silver that intrigue, amaze and perhaps amuse their customers.

They are respected dealers in Victorian and Edwardian silk-woven Stevengraphs and endeavour to carry a selection of pieces in first class condition.

Based in London, their shop is in the Grays Antiques arcade, beside Bond Street tube station, but they also exhibit at the BADA, Olympia, Harrogate and NEC fairs. 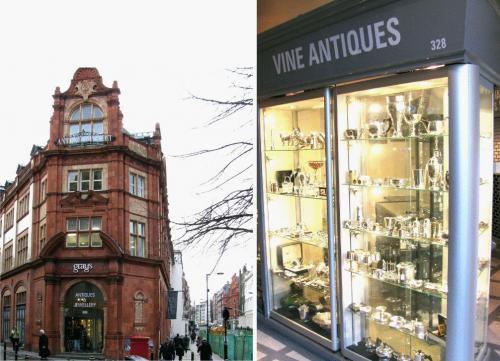