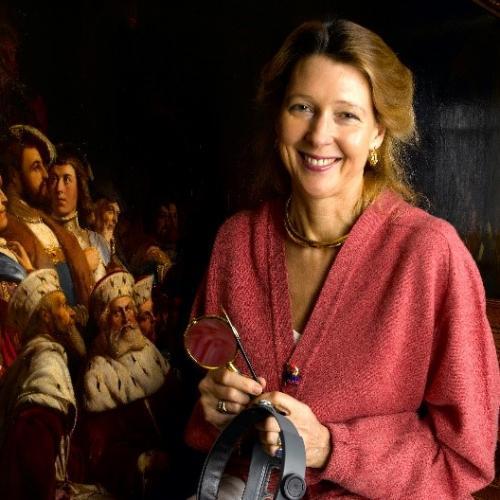 Julia Korner Fine Art deals in 18th and 19th century maritime and topographical paintings, and also a specialist in fine art conservation and restoration, and frames.

Trained originally both as an art historian, sculptress and graphic illustrator at Cambridge, Julia Korner, L.S.I.A.D., left Christie’s auctioneers in 1997 after nearly 20 years in the field as a paintings specialist, with extensive knowledge of Old Masters, of British and Victorian and of European and American paintings of the 18th, 19th and 20th century, having set up the Maritime Department.

At the same time, she was also involved in conservation, in picture restoration, in the production of classic gilt and gesso frames, and in the conservation of frames, sculpture and garden statuary in her own studio. She also advises on historic interiors, gilded ceilings and the conservation of collections.

She is also able to act as an independent agent at auction and offers an art intelligence service, as well as valuation, conservation/framing and research services.

In 1997 she was elected Huntington Fellow of the Mariners’ Museum, Newport News, Virginia, USA. She lectures predominantly for NADFAS, Christie’s Education, The Sotheby’s Institute, The National Maritime Museum and to art societies at home and abroad.